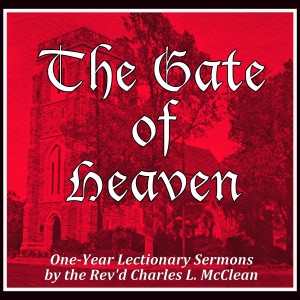 On the night when He was betrayed, after the last supper, in His sublime great high priestly prayer, the Lord Jesus prayed for His disciples saying, “Holy Father…While I was with them, I kept them in Thy name which Thou hast given me; I have guarded them, and none of them is lost but the son of perdition, that the scriptures might be fulfilled.”

At the last supper Jesus said to His troubled disciples: “Truly, truly I say to you, one of you will betray me.” John the beloved disciple, prompted by Peter, then asked Him, “Lord, who is it?” and Jesus replied, “It is he to whom I will give this morsel of bread when I have dipped it.” And when Jesus had dipped the morsel He gave it to Judas. Saint John tells us that after Judas had received the morsel Satan entered into him and that Judas then “immediately went out and it was night.” “And it was night” – night not only in the sense that the sun had set, but night in the sense that all the powers of darkness aided among others by Judas now gathered all their strength to destroy, as Saint John writes, the true Light that enlightens everyone coming into the world. There are those chilling words of John: “And this is the judgment, that the Light has come into the world and men loved darkness rather than light because their deeds were evil.” This describes not only what was happening on that dark night, but it is in a real sense a summary of the long history of humankind’s love for the darkness and rejection of the light culminating in that night when the Lord of Light and Love was betrayed by Judas who had shared the intimate fellowship of that last earthly supper of the Lord. Long centuries before the psalmist had prayed as in the psalm we prayed this evening, “Even my close friend, who ate my bread, has lifted his heel against me.”

What Judas did on that dark and doleful night was in a way only the culmination of what he had already been doing for a long time. He was, you might say, the treasurer for Jesus and those who followed Him, and Judas had already been in the habit of stealing. Finally he agrees with the High Priest’s council to betray his Lord for thirty pieces of silver. In this sad case of Judas we see how habitual sin steadily becomes worse and at a point known only by God can finally make repentance impossible. But the fact is that Judas still was not completely blinded by sin. After he had betrayed his Lord the voice of conscience still spoke. Judas came to realize what he had done and tried to give back the money to the temple authorities but they would not have it. Then, as we heard in the Epistle from Saint Luke’s Book of Acts, we learn that Judas then used the money to buy a field and that having bought the field “fell headlong, burst open in the middle, and all his bowels gushed out.” Saint Luke tells us that this became known to all the inhabitants of Jerusalem so that that field became known as Akeldama which means field – of blood. Saint Luke also sees in all of this the fulfillment of some words spoken long before by the psalmist: “Let his habitation become desolate and let there be no one to live in it” and “His office let another take.”

As it in fact happened Judas’ office, his work, his position of one of the twelve apostles was not TAKEN by another. Rather God Himself filled that office in this way.

During the ten days between Jesus’ ascension into heaven and the coming of the Holy Spirit at Pentecost, Saint Peter led the eleven remaining apostles in filling the office, telling the eleven that one of the men who had been an eyewitness to Jesus’ ministry from His baptism to His ascension must be chosen to fill the vacant place.

Two men were nominated: one who was named Joseph who was called Justus, the other one Matthias. Then they prayed saying, “Lord, You that know all hearts, show us which one of these two YOU have chosen to take the place in this ministry and apostleship from which Judas turned aside to go to his own place.” Then they cast lots and the lot fell on Matthias and he was numbered with the apostles. In THIS way GOD chose Matthias to be an apostle.

More than this we do not know with certainty. But early tradition tells us that Matthias later worked in Cappadocia which is an area of present day Turkey bordering on the Black Sea, and that he perhaps also preached in the country of Georgia. And finally sealed his witness to the Saviour with his own blood.

Be all that as it may, we remember Matthias with thanksgiving because he was an apostle. And what is an apostle? An apostle is one who was sent by Jesus to be a witness to His life and death and resurrection and ascension. The word apostle comes from a verb which means ‘to send.’ The apostle is one sent by Christ to preach and teach with authority. And what the apostles in fact taught is found in the Holy Scripture: the New Testament is but the WRITTEN deposit of the apostles’ teaching and to that teaching the Church of Christ is bound until He returns in glory.

At the last supper the Lord Jesus had promised that the Holy Spirit would bring to the apostles’ remembrance all that He said and had done. That promise was wonderfully fulfilled in the teaching and preaching of the apostles beginning with Saint Peter’s wonderful sermon on Pentecost. The sermon St. Luke records in Acts 2. And that teaching was then written down by inspiration of the Holy Spirit.

The task assigned by the Lord Jesus to Matthias and all the apostles continues today as the pastors of the Church hand down the apostles’ teaching through their own preaching and teaching. And if a pastor does not do that or contradicts the teaching of the apostles, he walks not in steps of the holy apostles but of Judas who betrayed the Lord. And that is why in the Collect or “appointed prayer” for Saint Matthias’ Day we pray:

Almighty God, You chose Your servant Matthias to be numbered among the Twelve. Grant that Your church, ever preserved from false teachers, may be taught and guided by faithful and true pastors; through Jesus Christ, our Lord, who lives and reigns with You and the Holy Spirit, one God, now and forever. Amen